In my previous blog, I discussed the topic of managing the digital identity of devices, robots and other things. As I pointed out, effectively managing the identity of things is relevant from 2 viewpoints:

In the previous blog, I focused on the account management processes to reach the conclusion that Identity Governance and Administration (IGA) solutions should not be used to manage non-human accounts. IGA solutions will find the digital identity that has been created during the reconciliation phase (while importing data from target systems). And the IGA administrator will classify the account as a non-personal account, to prevent all kinds of business processes, such as certification and being triggered incorrectly.

Humans consist of one persona. And one person will always be one person. The one person can have multiple accounts, but that’s an authorization issue, not an identity issue.

A thing may not be just one thing. A thing can consist of multiple other things. And the assembly will act as one subject, one actor, one identity. The subcomponents are part of the thing. Think of a tractor. The tractor in itself consists of many parts. But a farmer can change the function of the tractor as a whole by changing parts for other special-purpose components. These things by themselves can perhaps not even operate autonomously. So, one tractor can change its nature.

However, these other parts do not even belong to one tractor, other farmers can also use the component. That means that it’s not possible to identify the function by just looking at the main component (the tractor perhaps, or the hitch, or the power take-off, or whatever part looks essential). You need to look at the composed agricultural thing in the context of the workload, to identify its being.

The same is true for other things. Their nature may vary according to a change. An RPA may perform data harvesting activities, but after a change, it may be configured to destroy data. It will not do so by itself, it’s all based on the configuration. You need access to the component to make the component work.

Some may say that the line manager who is responsible for an RPA changes its role using an IGA system, but that misses the point. The thing has an owner, who needs to consult with other stakeholders about the thing’s activities, its character and its working time. The other stakeholders are accountable for granting access to the thing, it’s not the operator of the thing who is accountable.

A thing is an actor. However, it is only allowed to act as long as the owners of the components that the thing is working on allowing it. For this reason, it is not just giving a role to a thing. It is changing the operation and thus changing its nature. It is a change.

The way to manage these components is using a Configuration Management Database (CMDB). It can register relationships between components, create a hierarchical overview of parts and things and, via the change management process, change the compositions. 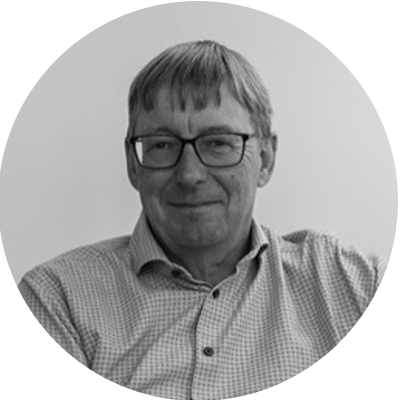 André Koot is principal IAM consultant and co-founder of SonicBee. He has over 25 years of experience in the Cyber Security domain, of which the last 20 years he has been specifically focused on Identity and Access Management. He is an absolute top expert in this field, internationally recognized. André makes an active contribution to the IAM domain, among other things in his roles as: Board member Cloud security alliantie NL chapter, Member IDPro commission and member of the advisory board of Identity.Next.

SonicBee is the Identity and Access management (IAM) company providing innovative and intelligent managed services and business consultancy to make businesses faster, smarter and more secure. We ensure that everything and everyone within your environment can access information in a safe, compliant and smart way.

We challenge the existing market by looking at identities and data in a new way. SonicBee provides managed services, advisory services and trainings focused on increasing our society’s cyber security and creating business value.